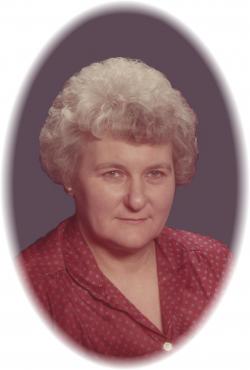 Funeral will be held for Freda on May 18th from the Montague Kingdom Hall of Jehovah’s Witnesses, New Perth at 2:00 pm. Interment will follow in the Brudenell Cemetery. Arrangements have been entrusted to the care of Ferguson Logan Montague Funeral Home.

Special thanks would like to be extended from the family to the wonderful staff members at Beach Grove Home for their dedication, compassion, kindness and loving care they showed to Freda while she was in their care.