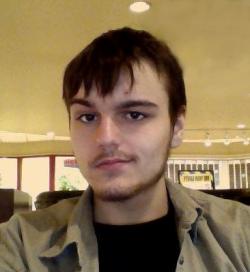 The passing of Brian James Keefe occurred on Tuesday, August 6, 2019 at the QEII, Halifax, N.S. Born in Montague, he was the son of Deborah Darlene (Steele) Keefe and the late Brian Loman Keefe. Brian was predeceased by his paternal grandparents John and Helen (Ronaghan) Keefe, his maternal grandfather Edgar Francis Steele and his uncle Leonard Keefe. Brian is survived by his brothers Eddy Keefe, Dustin Keefe and Jack Blaisdell and grandmother Vera Steele as well as numerous aunts, uncles and cousins.

No visiting by family request. A private family graveside service will be held Tuesday, August 13 at 11:00am, at the Lawrence O’Toole Catholic Cemetery, Green Meadows. Donations in memory of Brian may be made to the Upper Room Soup Kitchen, Charlottetown.