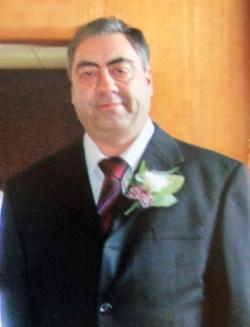 On July 21st 1959 Tony Russell Wiles entered this world. He was born to parents the late Donald Wiles and Esther (MacLeod) Wiles in Middleton Nova Scotia.

On Monday June 22nd 2020, Tony passed away peacefully in his Montague apartment.

Tony worked for many years at Northumberland Ferries where he made many friends.

Tony will always be remembered for his kindness, his willingness to lend a helping hand, his chats, tunes on the guitar, singing in the choir but most of all for his faith which he shared with everyone.

Tony will be missed by his family including his Northumberland Ferries family and everyone who knew him as a friend.