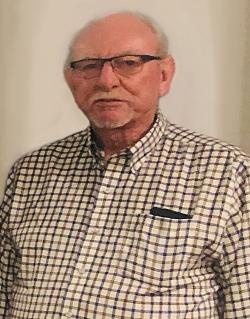 A graveside service will take place at a later date. Online condolences may be made through the Ferguson Logan Montague Funeral Home website at www.fergusonlogan.com

Terry was raised in Edgewood, BC and started a long work career in the construction industry in BC serving as a supervisor and estimator with Geddes Construction and later with Ansell Construction. He was very well respected in his profession and his dedication, knowledge, soft-spoken manner and love of laughter helped him form positive relationships on every project he worked on. He was very capable and driven with the ability to encourage the best from his coworkers. If you were fortunate to have met Terry, you did not forget him.

Upon retirement, he and Carol successfully operated Schubert Estate a large Bed and Breakfast in Armstrong BC for thirteen years prior to deciding to relocate to PEI in June of 2020. Terry quickly adjusted to the Island way of life and really loved being ‘home’ in PEI. He enjoyed reconnecting as well as meeting new people, and loved nothing more than returning home after running errands to relay that he had been introduced to someone who knew Carol’s family members, a true testament to his friendly nature, warm personality and his general interest in getting to know people. Terry was very active in his BC community but due to ill health he had not yet gotten involved as he wanted to since his arrival here on the Island. He devoted twenty five years as a member of the Lions Club, and spent a term as a Municipal Councillor for the Township of Spallumcheen. Community service was very important to Terry, and volunteering not only kept him busy, but also allowed him to spend time with his many friends in BC.  Always interested in listening and sharing his experiences, he particularly enjoyed the many B&B guests they hosted from all over the world who would tell their stories while sitting in the dining room watching him make their breakfast. Terry loved music, learning to play guitar on his own. On more than one occasion, typically after a beer or two with guests, a singsong would ensue with the in house piano always available and encouraged to be used by anyone who stayed with them. He loved being outdoors and enjoyed four wheeling, boating and spending time travelling around in their motorhome, crossing Canada three times, with his final trip being the move to PEI a few short months ago. He loved to host, and his 40 years of Grey Cup parties are important memories to anyone who had the privilege of attending.  He had a great sense of humour and as a quiet jokester, he loved nothing more than instigating and teasing friends and family often resulting in a deep belly laugh when he got them ‘riled up.’

His interests were many but he was main priority was family. He always provided well thought out advice and strong support. He and Carol were a wonderful aunt and uncle to all of their nieces and nephews but especially to Shawn, Nicole and Angie, as well as being foster parents to six school aged children. Later he filled the grandfather role of ‘Papa’ to Tyson and Makalya, something he was most proud of.

Terry was so happy in the new home he and Carol purchased after the move to PEI and he was looking forward to meeting neighbors, friends and becoming an active community member. He will be missed terribly by Carol, his family and friends, and all who knew him.

We would like to acknowledge the doctors and nurses of Unit 8 at the QEH for the loving care they provided to Terry during his final two weeks, as well as thank family and friends who have reached out with kindness and compassion.