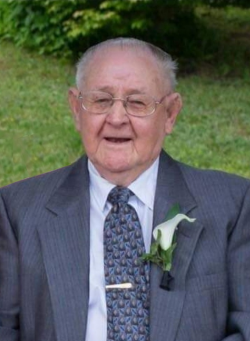 John will be sadly missed by his family, friends, neighbors at Perrins and all who came to know him.

Resting at Ferguson Logan Montague Funeral Home, with Private family Funeral on Saturday, October 2, 2021, with live Streaming. Interment to take place in the Caledonia Cemetery. Online condolences may be made through the Funeral Home website at www.fergusonlogan.com

To view service go to John’s obituary, click on his name and in middle of page click the box that says watch live Funeral at 2:55 pm.