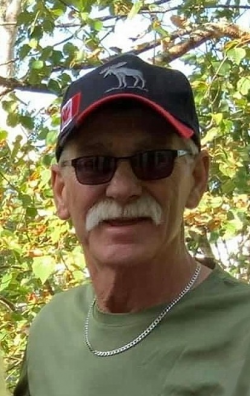 Anyone who knew Eddie, knows he had a passion for many things, the outdoors being a big one. Spending much of his adult life working in the woods and landscaping. Always working hard and making sure things were done to his liking by the end of his day (and boy was he particular). Long walks on the trails or any old dirt road. He loved being out in the fresh air and enjoying nature. Stock car racing with his brother Joe and his son Jonathon and many of his track friends. Many hours tinkering both at the track or in the garage on anything that had an engine and four wheels. Just to be out of the house and staying busy. Then his love for antique cars came to surface. He spent many hours cruising around showing off his ride. I am sure many people will remember Eddie for his quick wit and sense of humor that came out in just about every conversation he had with anybody. Eddie will always be remembered and forever missed.

Keep your stick on the ice dad, with love always.

Funeral Service will be live streamed for all those who wish to watch on Monday Jan. 24th  at 1:00 pm.

There will be a button just under Ed's picture on the obituary to click to watch live.