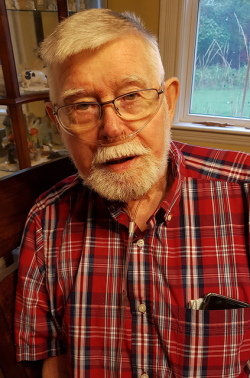 Daniel John Kennedy passed away peacefully on Sunday, May 1, 2022 with Sharon, his beloved wife of 56 years, by his side. Born in Dublin, Ireland October 13, 1939, he was the son of the late Daniel and Mary (O’Shea) Kennedy. Besides his wife, he is survived by his loving children Kevin (Carrie Kelly), Mary Lorraine "Mimi" (Ernie Chassie); cherished grandchildren Robert, Joseph, Kwiigay, Pippa, Bridie, Raiden and John; great grandchild Adeline. Daniel was predeceased by siblings Patrick, Alice, and two infant sisters.

Dan emigrated from London England to Brantford Ontario in 1954. He joined the Canadian Armed Forces in 1965, receiving the Order of Military Merit, serving as a UN peacekeeper, and retiring as a Chief Warrant Officer in 1993.  From 1992-1999, he was the Manager of Diagnostic Imaging at Charlottetown’s Queen Elizabeth Hospital.  He served for many years on the Board of Orwell Corner Historic Village.  He was an accomplished wildlife photographer and active contributor to the birding community.  He farmed sheep, pigs, goats, chickens, ducks, and donkeys in his spare time.

Resting at Ferguson Logan Montague Funeral Home with visiting on Wednesday, May 4th from 1-2:15. Celebration of Life Mass to take place at St. Joachim’s Catholic Church, Vernon River at 3:00 pm. Donations  to the Queen Elizabeth Hospital would be appreciated. Condolences may be made online at www.fergusonlogan.com.